A book to celebrate the 20th anniversary of Covite, an association working against Basque terrorism. 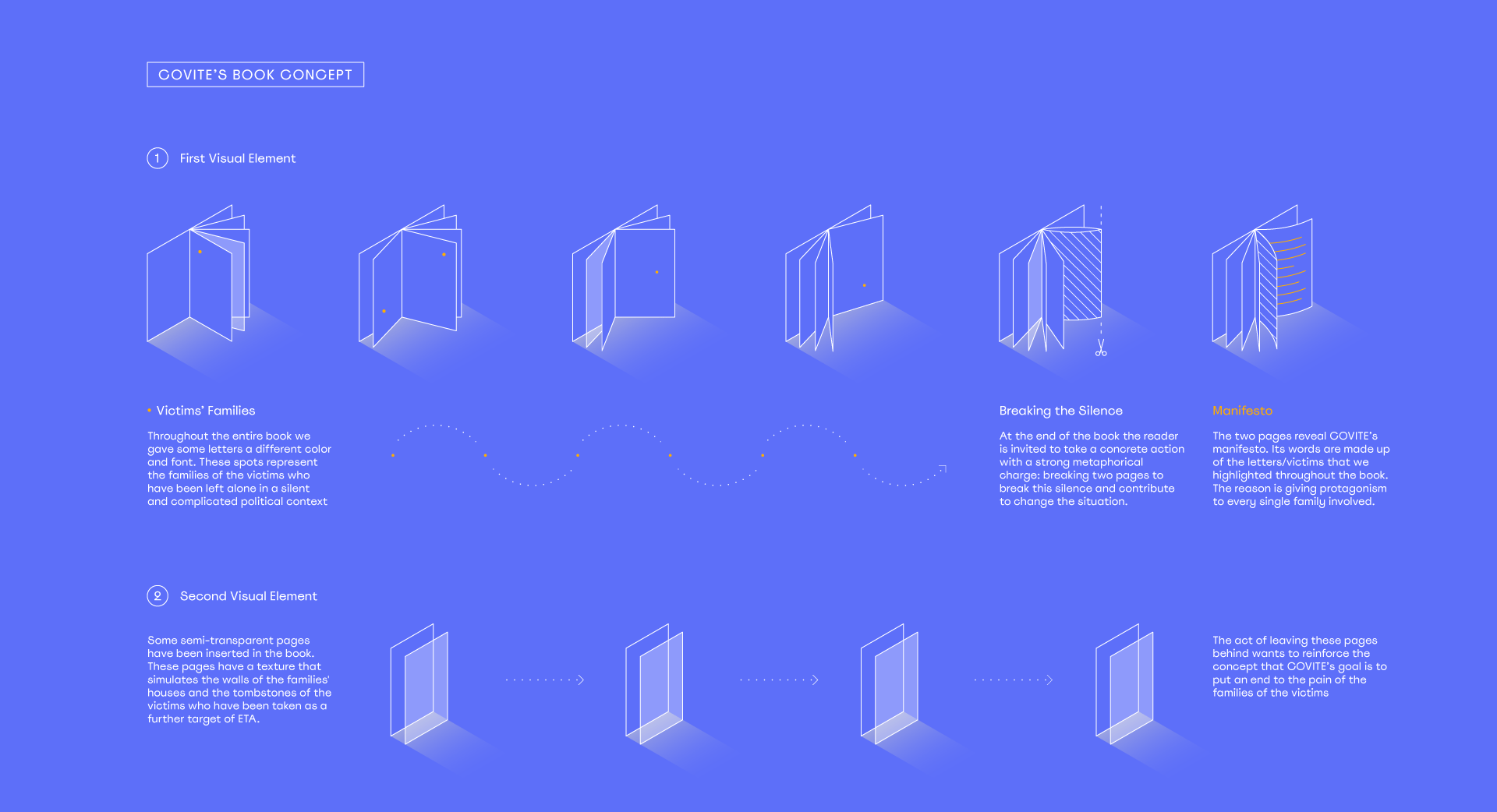 Covite, a Spanish organization that fights terrorism, asked us to design a publication for their 20th anniversary. 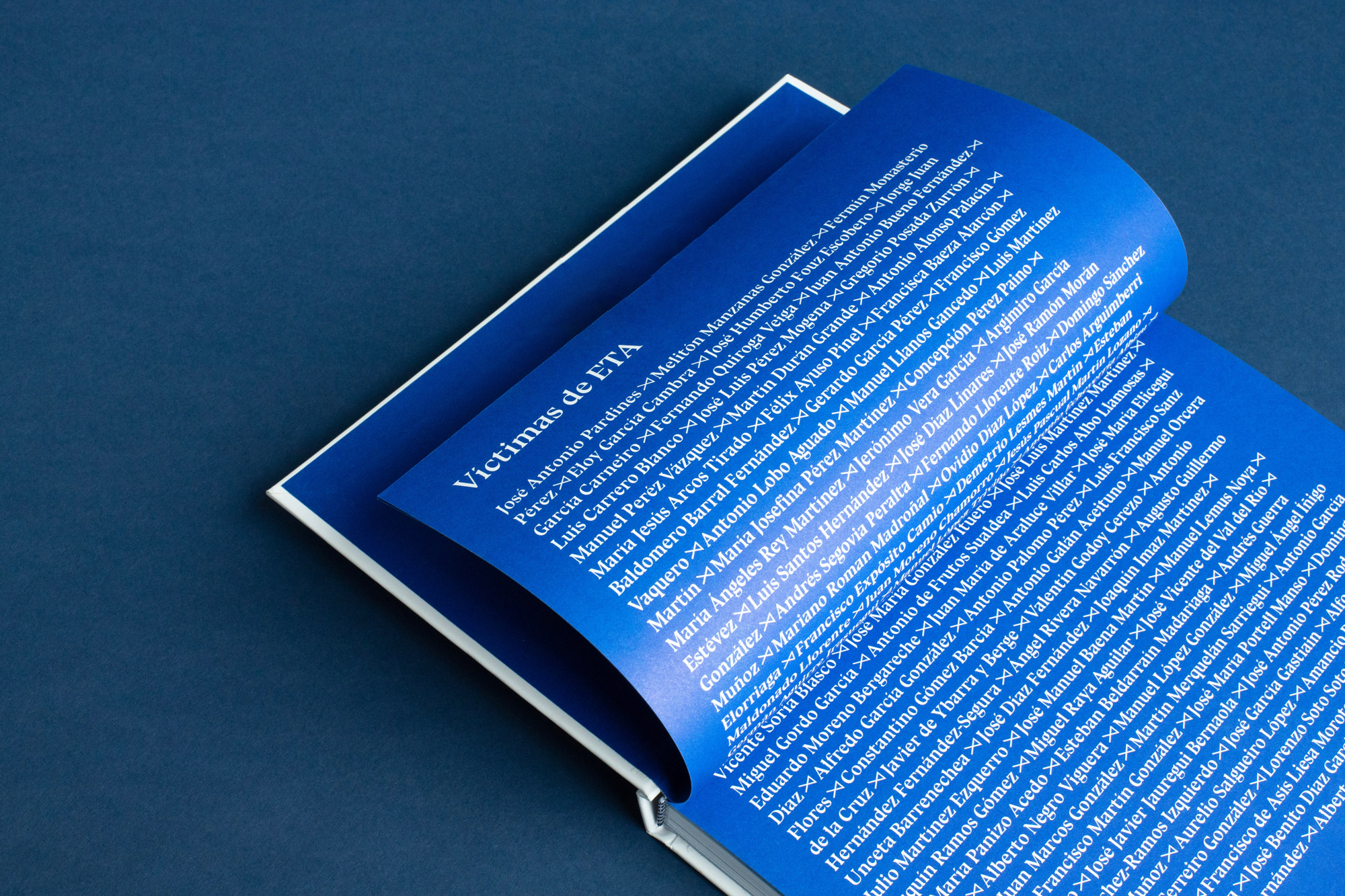 Our idea was to approach this publication with a conceptual focus, using the power of high-impact shapes related to Basque terrorism. The goal of the book was to represent a the importance of awareness building in the fight against terrorism. 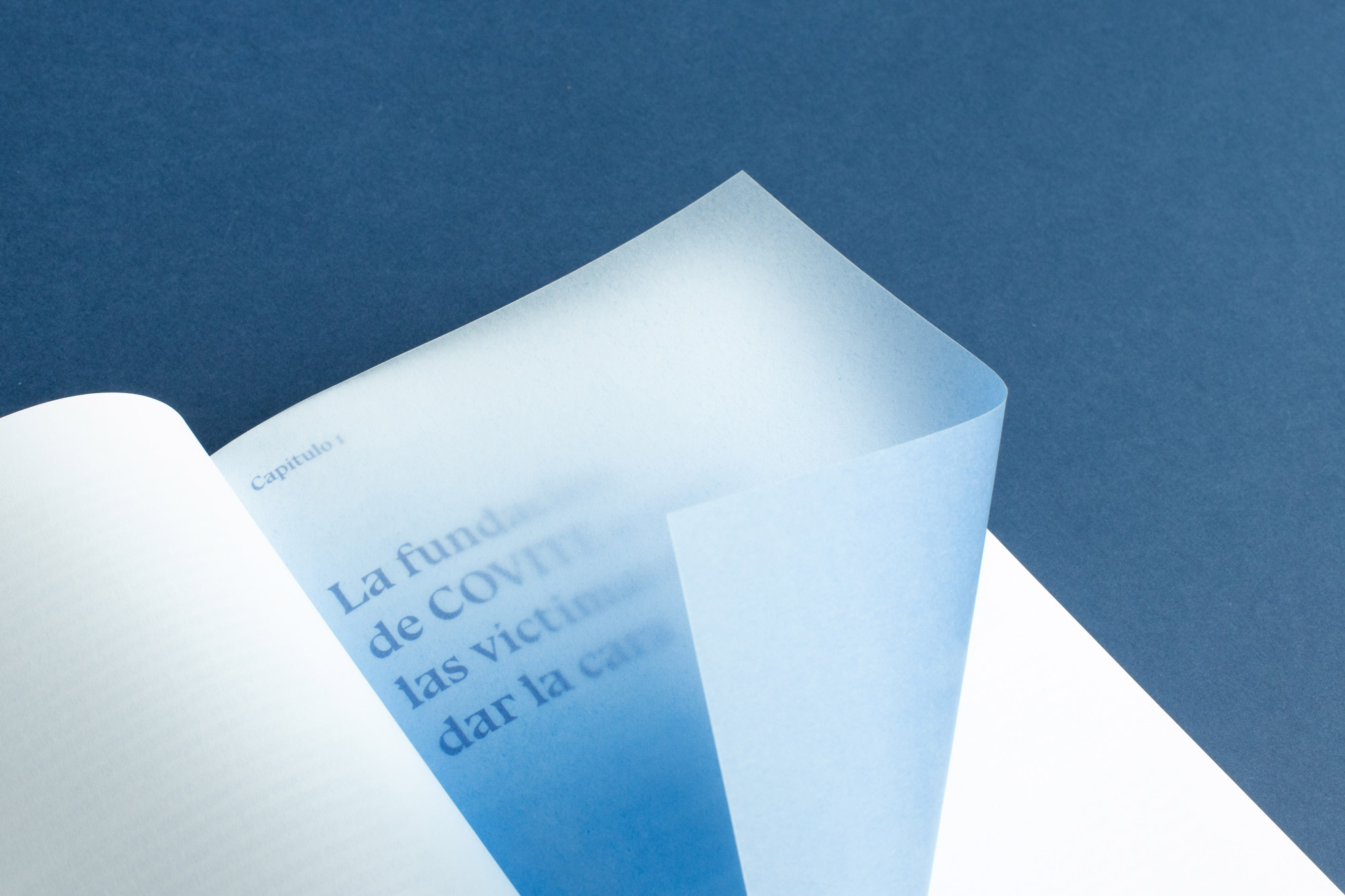 The final proposal was to make the publication using a two-tone color scheme with blue representing the protest and white representing silence. We treated the entire book as a journey through acquiring knowledge and awareness about terrorism in order to break the silence. From the first page to the last, the main concept is to pull back the layers of the lack of understanding. Those layers represent the remnants of the explosions that are still present on many Basque buildings. Removing the stains of violent action through knowledge helps to raise awareness and overcome past challenges. 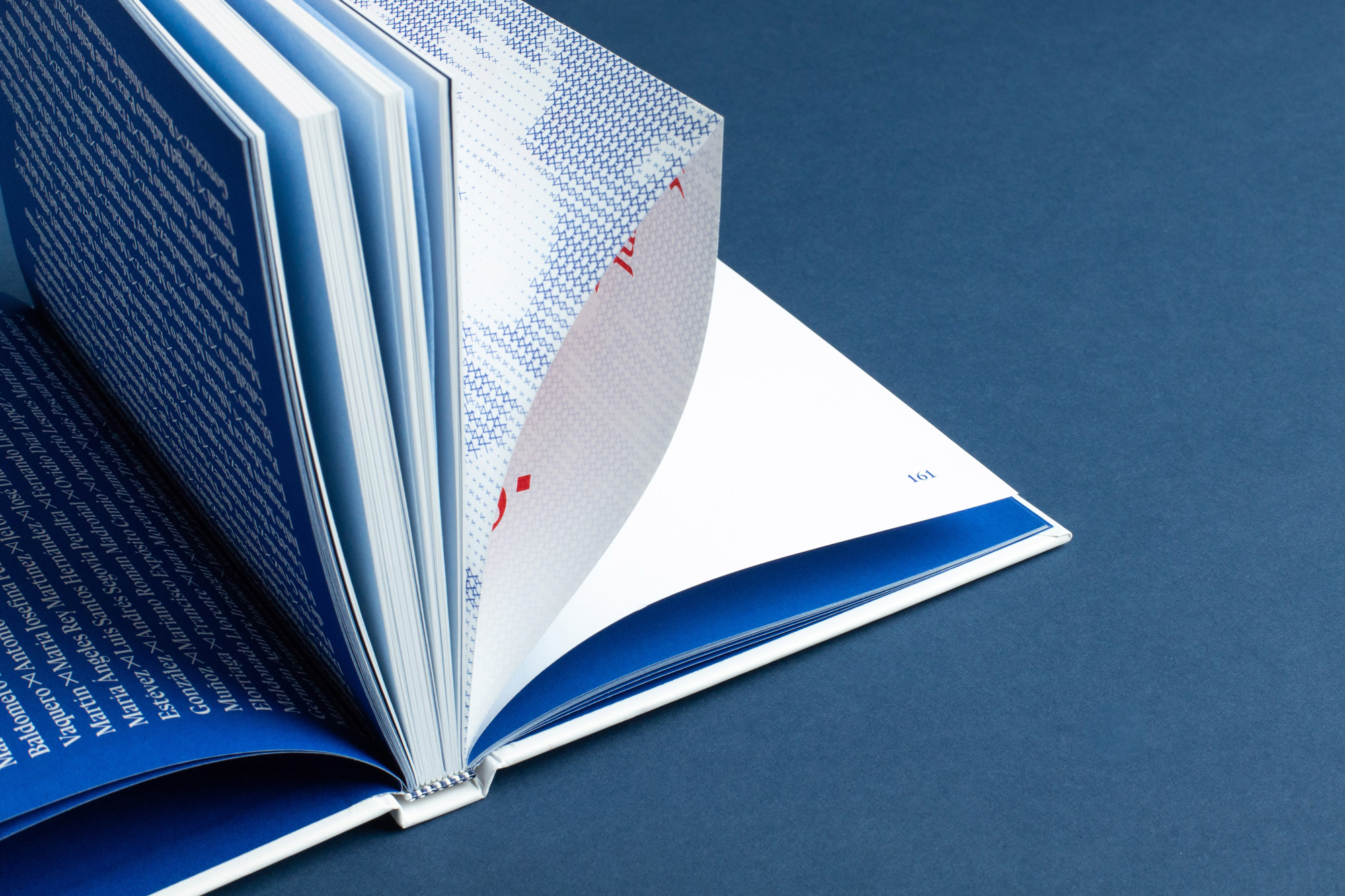 The publication helped empower Covite as a remarkable group fighting for a good cause. It also gave people the opportunity to learn more about the organization, their fight against terrorism and ultimately the importance of their work over the last twenty years. 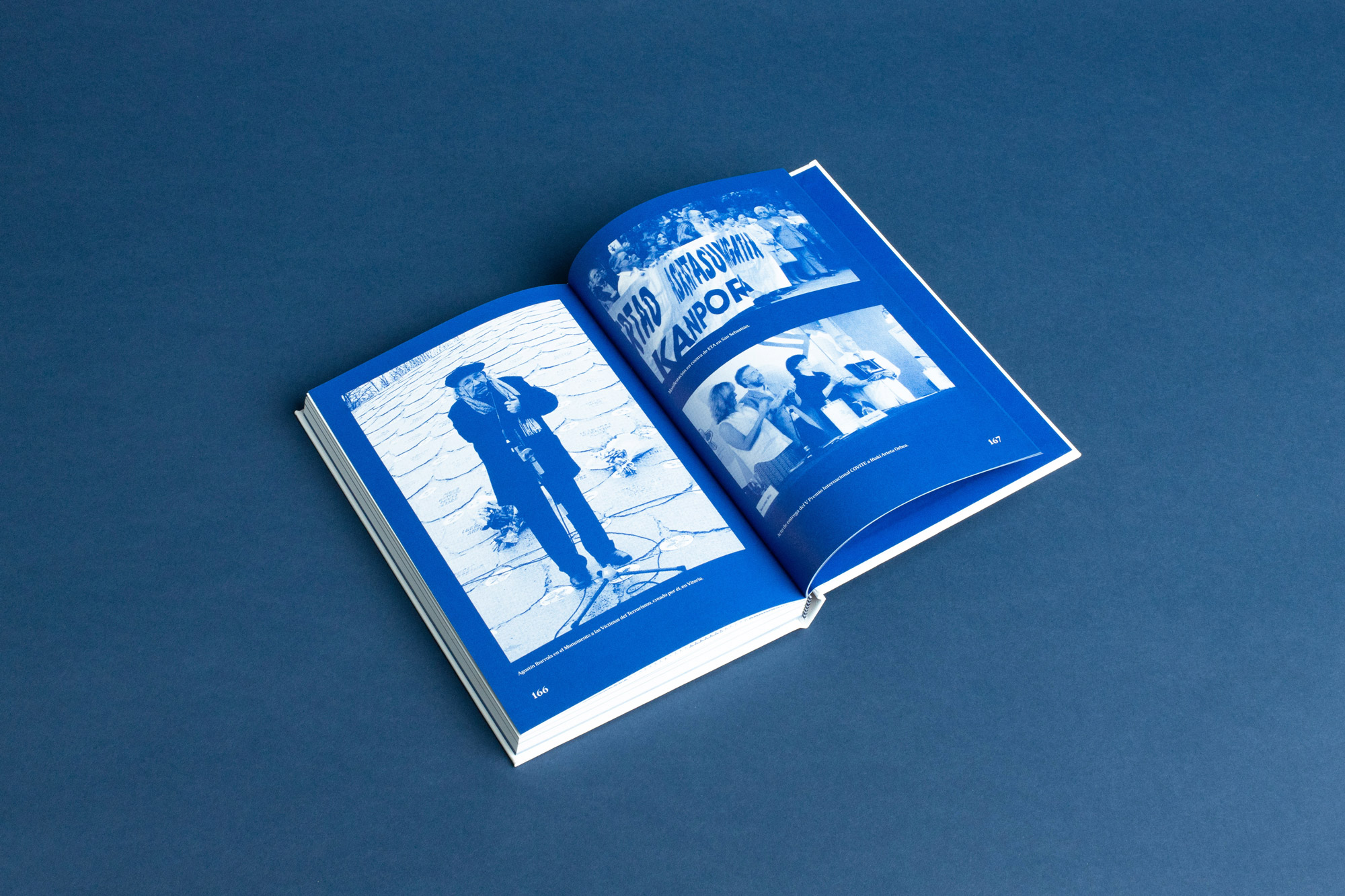