How to celebrate the 40th birthday of Spain’s Magna Carta. 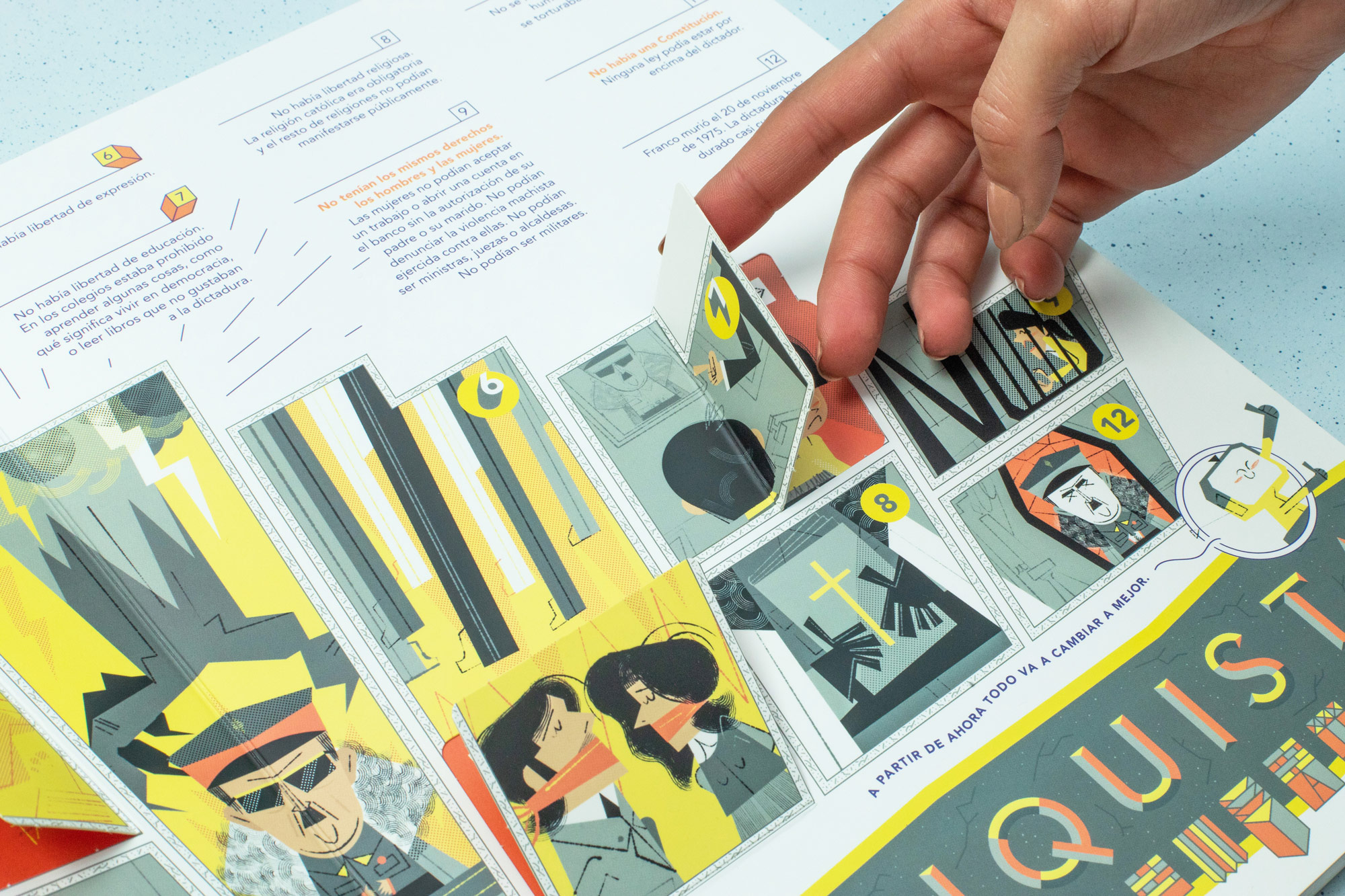 Santillana, one of most important Spanish publishing houses, asked us to design and illustrate a book to celebrate the 40th anniversary of the Spanish Constitution. The publication was geared towards 10 year-old-students to help spread the importance of the system of rights and duties established after the end of Franco’s dictatorship. 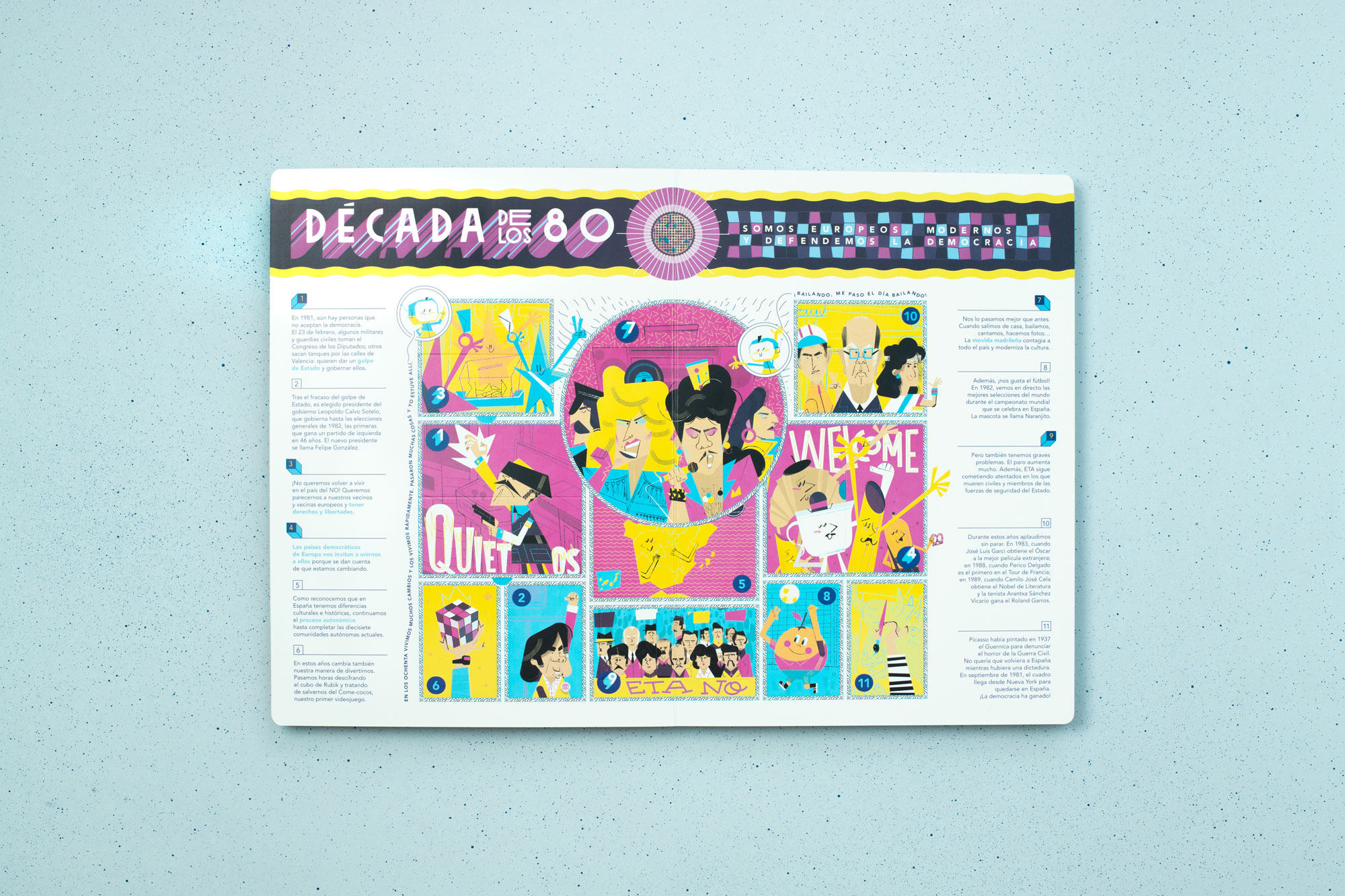 After the briefing, our main idea was to create a large format book with a contemporary look and feel, designed by us and illustrated by Mol Studio. 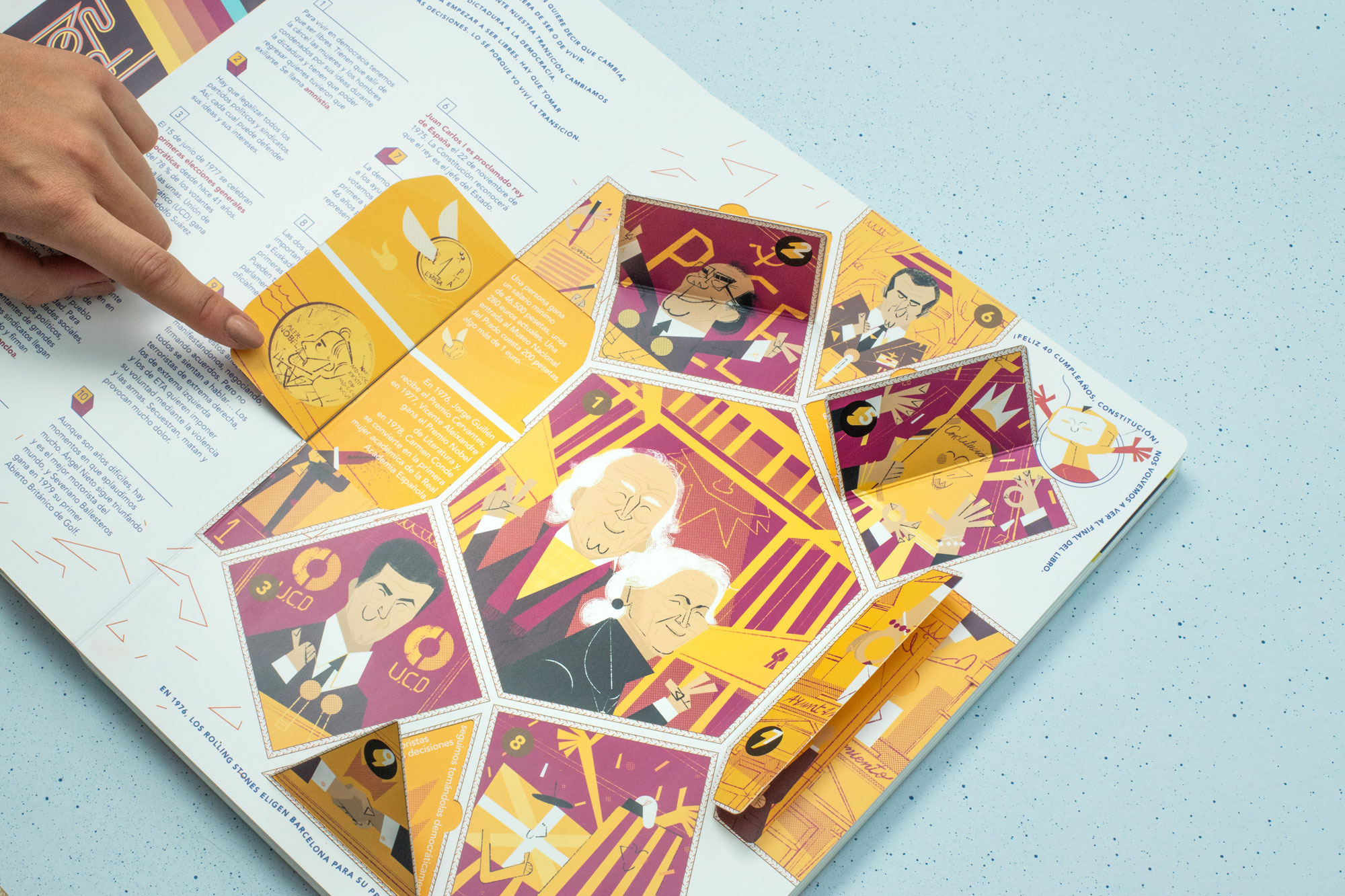 The project was developed as a 24-page hard copy book, with pop-up windows and a full color display. Spanish history was divided into six different chapters. Each decade was represented with a color palette that enhanced the essence of the time: dark colors for the dictatorship, bright and smart colors inspired by La Movida (The Movement) to illustrate the 1980s. 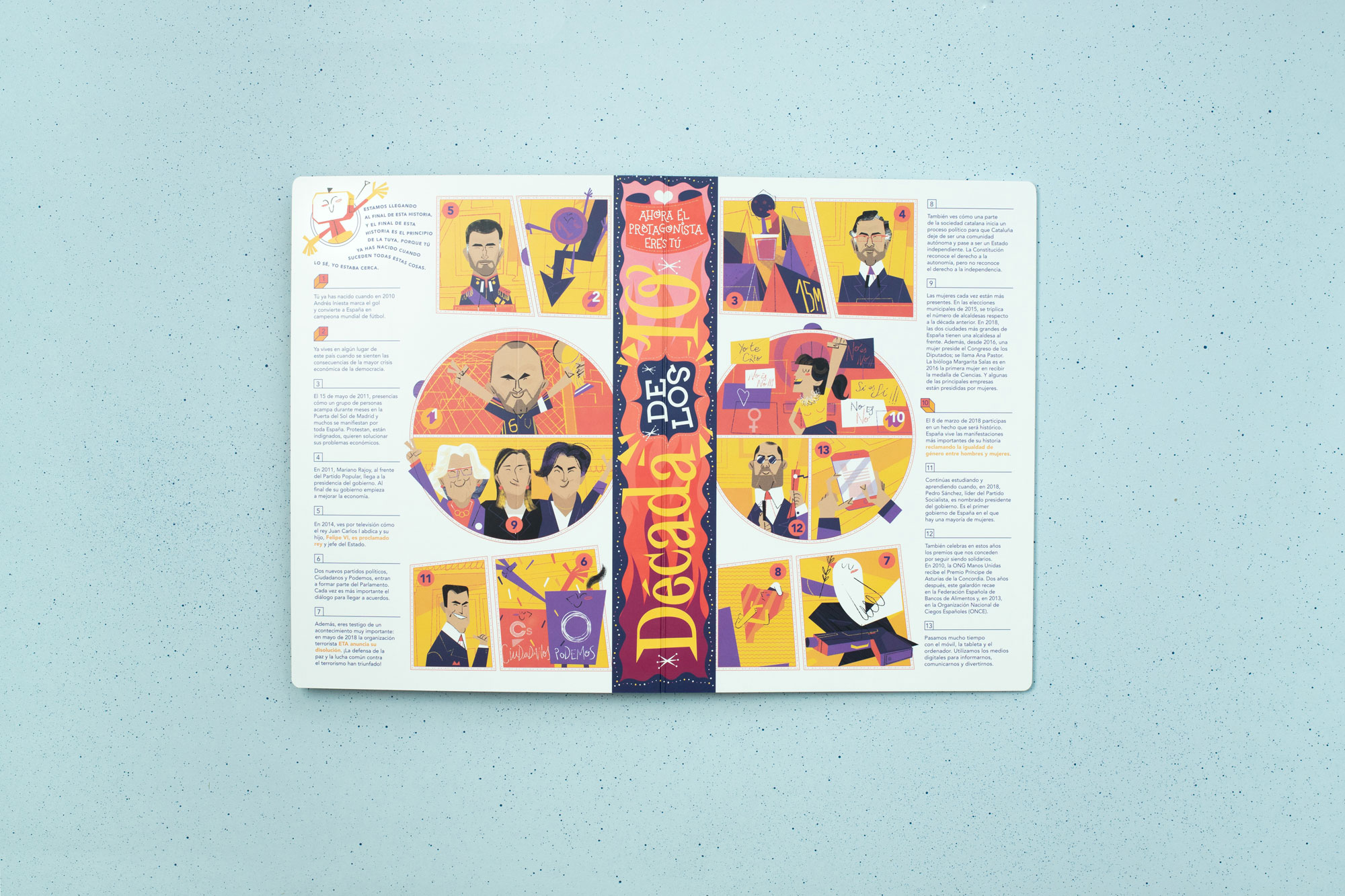 The book was formally presented by the President of the Congress on the 6th of December, Constitution Day in Spain on behalf of children. Thanks to the book, the President explained that Francoism was one of the darkest periods, describing the not-so-distant history of a country that emerged from a very dark period. 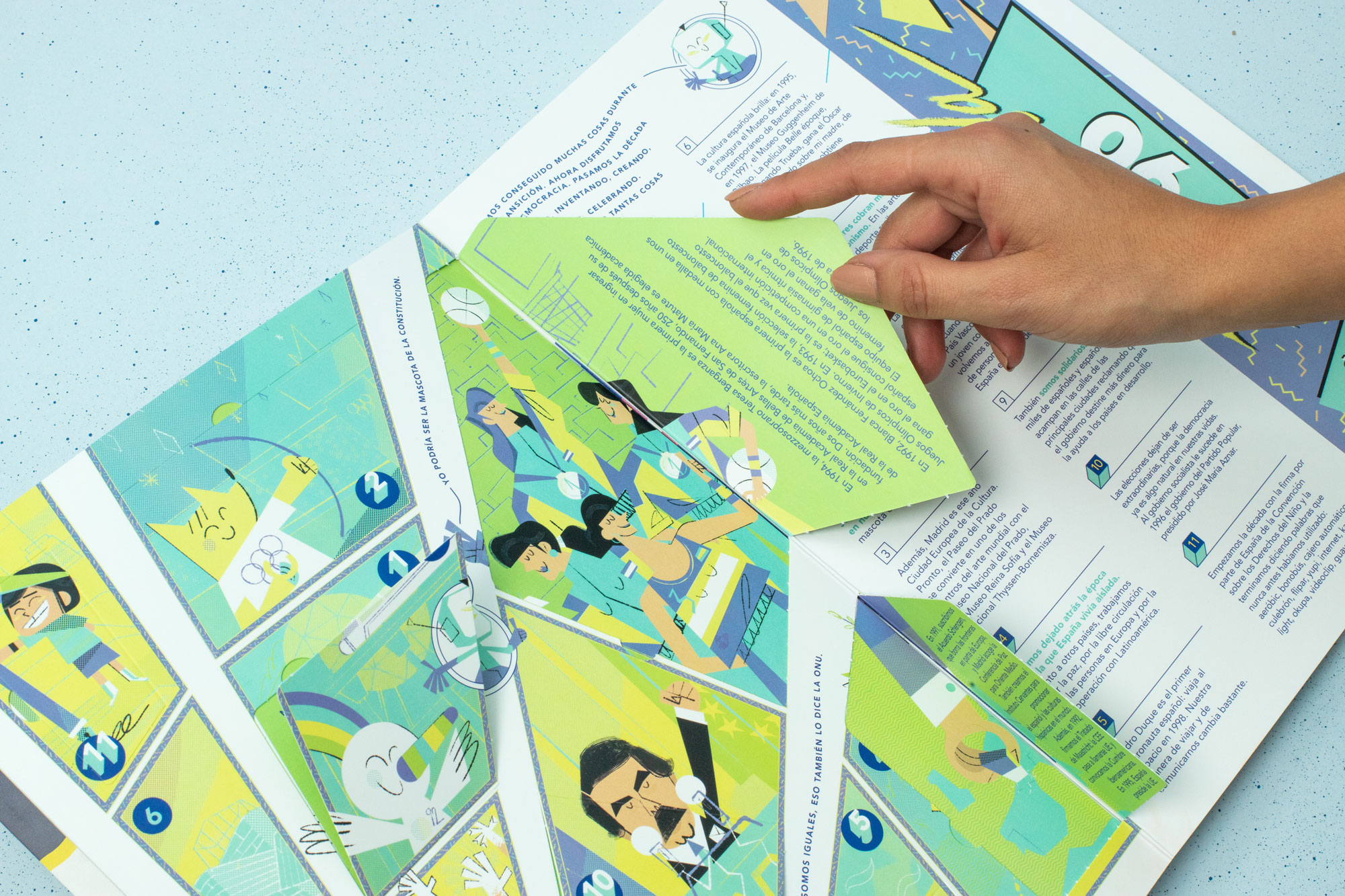